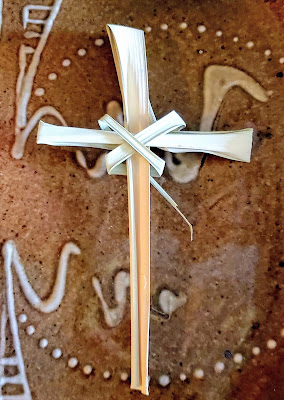 Christians around the world often given up things for Lent. But going into this year’s Lenten Season, who knew we would be required to give up so much?

We are living in strange times, isolating ourselves to remain safe from a potentially deadly virus, watching as restaurants and businesses close and people lose jobs, and embracing technology to remain close in times when we are required to be physically distant.

In the Gospel of Mark (Mark 10: 32-34), Jesus tells the disciples for the third time that he will be killed. He says, “We are going up to Jerusalem and the Son of Man will be delivered over to the chief priests and the teachers of the law. They will condemn him to death and will hand him over to the Gentiles, who will mock him and spit on him, flog him and kill him. Three days later he will rise.”
Jesus is telling his disciples, “Look folks, we’ve got some rough times ahead in Jerusalem. This ain’t going to be pretty.”

Over and over again, throughout the Bible, we are told “Don’t be afraid” and “Do not worry.” A few examples:

“As I was with Moses, so I will be with you; I will not fail you or forsake you. I hereby command you: Be strong and courageous; do not be frightened or dismayed, for the Lord your God is with you wherever you go.” (Josh 1:5,9:)

“Be strong and bold; have no Fear, because it is I the Lord your God who goes with you; God will not fail you or forsake you.”  (Deuteronomy 31:6)

“Therefore, do not worry about tomorrow, for tomorrow will worry about itself. Each day has enough trouble of its own.” (Matthew 6:34)

It is so hard not to worry and to be afraid in the midst of all that is going on around us. One of my favorite movie quotes is from The Best Exotic Marigold Hotel. It strikes me as a clear truth: “Everything will be alright in the end, so if it is not alright, it is not the end.”

Jesus told the disciples he would be mocked and spit upon, flogged, and killed. Yet he knew, as do we, how that story ends. “Three days later he will rise.” Jesus continued into Jerusalem, knowing the anguish he would face, yet he proceeded unafraid, as he knew the end of the Easter story – the Glory of Resurrection.

How much misery and suffering is caused by our own fears – our fears of other people, our fears of the unknown. 2 Timothy 1:7 tells us “For God hath not given us the spirit of fear; but of power, and of love, and of a sound mind.” As we continue past Easter into an uncertain future, may we know that while there will be rough roads ahead, we, too, know how the ultimate story ends, and everything will be alright. As writer Corrie ten Boom said, “Never be afraid to trust an unknown future to a known God.” 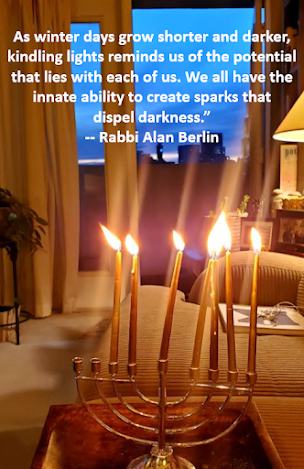 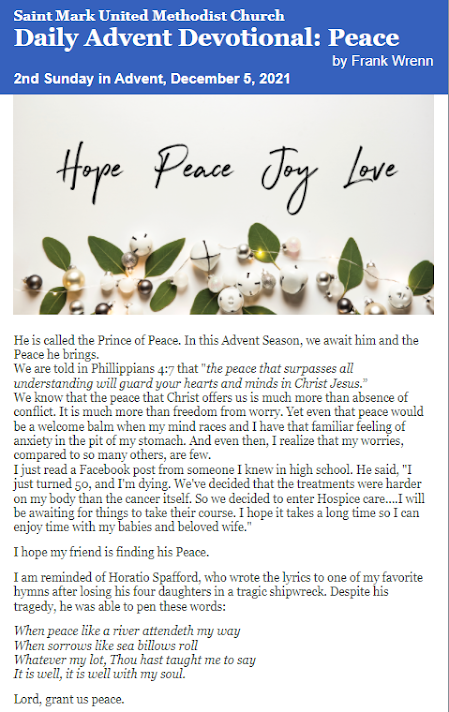